skip to main | skip to sidebar

traces of the past

"I haven’t seen that much of the world honestly, but from what I have seen, this area strikes me as being particularly beautiful but also haunted by its history. History that most of us are completely ignorant of – including the expulsion of the Acadians, the Micmac who were pushed out of parts of the Annapolis Valley, and the history of slavery, since the Planters brought slaves with them from New England and Rhode Island and South Carolina and that needs to be thought through or remembered. So, there’s a lot there. That landscape, as beautiful as it may seem to the naked, untrained eye, is also a landscape which hides and shrouds an awful lot of, in some cases, very negative history. And in fact, I find that one of the most compelling aspects of the Valley, in that, here again is this great beautiful landscape, but behind it or beneath it, is this incredible history of sometimes great pain and tragedy"
George Elliott Clarke, from an 2001 interview in the Gaspereau Press

I live on the lower Annapolis River. The oxbows and river inlets are still discernable on the river that was called the Dolphine then, and apart from the odd unfortunate whale nothing gets past the tidal generating station at the mouth of the river at Annapolis Royal. Click on the map from the early 1700s of the Acadian villages on the lower river. The oxbow where my old farm lies is between the names Broussard and Beaulieu, just up river from the Chapel of St. Laurent.

Joseph Broussard dit Beausoleil probably grew up near here, learning Mi'kmaq, growing food, hunting, discovering and modifying the lay of a land where battles raged. Bloody creek is just up river. Beau Pre is directly across from this Oxbow. A burial ground exists on the old paper deeds but a road now goes over it, and a subdivision's common area overlays the bones which are unmarked except for marsh grass, wild plum, apple and giant ancient oak.

And then there is Beaulieu! It appears that the only record of the Acadian Beaulieu is Louis Fontaine dit Beaulieu. He was married to Mary Magdelene Roy who was Mi'kmaq and possibly African, her father being La Liberte Roy a free man born in St. Malo, on the Cape Sable census in 1681 (La Liberte la neigre) and later Port Royal.

Who were they? How did they live? Why have they been erased from the cultural and (almost from the) physical landscape on the lower oxbows of the river? Was it their interracial cooperation that threatened? Or the gentle sustainable interaction with the landscape? Or their independence? Cultural genocide is a story told in oaks with ancient limbs, in old stone wells, and pathes past old foundations to citrine laced streams. The story is yet told, waiting to get past the dam of cultural bias.
Posted by anne at 11:10 AM 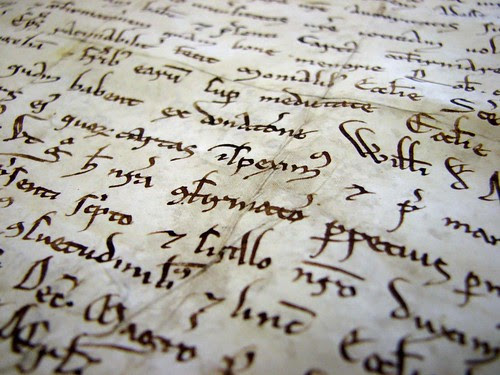 "the series of interacting ecosystems that compose a single huge ecosystem at the Earth's surface."
Lynn Margulis